Most HOA documents contain language stating that the HOA has a continuing lien on the property for all delinquent dues. If the HOA documents omit the continuing lien language and the mortgagee holds a second mortgage on the property, then the relation back language in section 720.3085(1) operates to grant superiority to a HOA lien recorded after a second mortgage. Furthermore, if the HOA document was recorded prior to the 2008 effective date of the amendment to Florida Statute 720.3085, the HOA document’s provisions related to its superiority to a mortgage lien would control unless there is a provision which incorporates future amendments to Florida Statute 720.3085.

Where the HOA documents were recorded prior to 2008 and incorporate future amendments to Florida Statute 720.3085 or the HOA documents were recorded after the amendment to Florida Statute 720.3085, then the safe harbor provisions in 720.3085(2)(c) apply to provide safe harbor protection to the first mortgagee and save the first mortgagee from otherwise being held jointly and severally liable with the previous parcel owner for all unpaid assessments that came due up to the time of transfer of title. However, the protection only applies if the association was initially joined in the mortgagee’s foreclosure action against the parcel owner. For a long time, foreclosure firms and HOAs questioned the meaning of “initially joined.” Would first mortgagees be allowed to amend to add the HOA in the initial foreclosure action? Recently, the court answered the question in the negative. A first mortgagee cannot amend to add the HOA to the initial foreclosure action. See Fed. Nat. Mortg. Ass’n v. Mirabella at Mirasol Homeowners’ Ass’n, Inc., 204 So. 3d 164 (Fla. 4th DCA 2016). The HOA must be included at the time the initial foreclosure complaint is filed. If the HOA is not initially included in the action, then the first mortgagee loses the safe harbor protection afforded by 720.3085(2)(c).

Including the HOA at the onset of the foreclosure action is the best practice, but where there is an inadvertent omission of the HOA, the next option is to review the HOA documents for a favorable superiority provision. If the HOA declaration contains a provision stating that the first mortgagee is superior to the HOA’s lien, then a demand should be made to the HOA in accordance with its provision. If the HOA fails to honor its superiority provision, then the foreclosure firm may want to determine if pursuing a declaratory action would be beneficial. 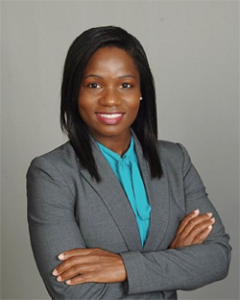